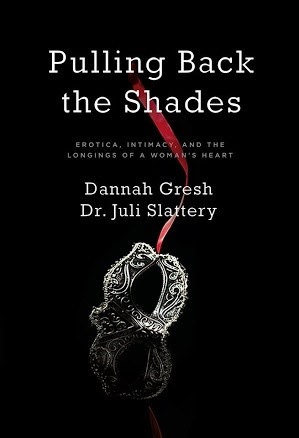 I have grown up in “the church” my entire life. There are only a handful of weeks in my memory where my family didn’t attend church regularly. . . it was always for a short time following a move. But even this time of absence was actually a time of research: what churches are in this town? what ministries do they offer? what time do they start? A dance began with each lovely body of believers until God called our family to the right partner as a church home. Additionally, I have been in small group studies in some form or another for the past 26 years.

I have chosen not to begin to do the math that would calculate all the hours my heart has spent in church, small group, VBS, weekend conferences, ladies retreats, bible study, and ministry. Lets just say that it has been A LOT of time over the course of my still “young” life. I have known for a long time that I was a sexual being with sexual desires probably going all the way back to my my first days in youth group. After all, there were boys there and they were beginning to become muscular, hairy- legged creatures with a little charm and humor. . . with sparkling eyes or dazzling dimples or just something that sent a little baby spark in some part of both my body and spirit.

God made me this way, but His church – – His voice was strangely silent on all aspects of this topic. I was 15 years old before I heard even a whisper on the topic. It happened at a FCA retreat and the “session” was for Ladies Only – NO BOYS ALLOWED. This was an exciting concept – – we were gonna talk about something the boys couldn’t know about. . . what could it be? It’s hard for me to believe but I really didn’t know what was coming. . .

The workshop was probably entitled “Waiting for Gods Best” and step one was making a list of all the qualities that we wished for in our future husbands. Review this list, keep it in your bible, Keep this imaginary man in your mind – – because this is the guy you are saving yourself for. . .
That piece of paper felt pretty powerful that weekend – – like I had conjoured up a perfect man that God would deliver to me so I could actually start becoming a sexual being.

But many of you reading this know that as time marched on, that paper got flimsier and flimsier. At times, it felt like a cruel joke. Eventually it went in the trash can like a lot of documents that have declared my failure. The key to my purity was hinged on an imaginary person that God may or may not introduce me to. . .

Another part of the workshop involved a red heart made out of construction paper . . . the woman said “Everytime you kiss a boy or hold his hand, you give away a part of your heart . . .” She would then rip a piece off of the heart and let it fall to the floor. . . . “And if you do that enough times, then there will be nothing left of your heart to give to your husband”

I once heard part of a speech given by Elizabeth Smart who was abducted, held captive, and repeatedly raped by her abductor for months before she was rescued. She tried to hold on to hope during this time in a violent desert but had a great deal of trouble because of an abstinence workshop she had attended. She remembered being told that when you are a virgin, you are like a brand new piece of gum in a shiny wrapper that has never been used. But after you are sexually active, then you are a piece of gum that is all chewed up. No one wants a piece of gum that has been chewed up. That is something that is now trash. When Satan whispered to her, no one will want you now anyway. . . She Believed him.

So the only message many of us receive from the church is . . . God made sex and its beautiful but you are not allowed to be a sexual being until you are married and if you do – – well it will define your worth – – or in other words you will have no worth. So even though God made sex, you need to avoid it like the plague and you are a bad christian ( worse than that, you are wothless) if you struggle with this concept at all. There will be no one to talk to because its not even OK to talk about really. . .

Fifty Shades of Silence. . . from the only voice that matters to those of us who worship the one, true, living God. . .

It validated the deepest parts of my spirit. It gave me the freedom to be an enthusiastically (gasp) sexual AND spiritual being. It answered questions I never would have found the courage to ask about what’s OK in the real of physical intimacy with my husband. It gave me a blueprint with biblical guidelines that will help us answer these questions on our own when they appear. It increased the intimacy, frequency, and spirituality of my sex life. So – yeah, my husband fully endorses this book too ( although he hasn’t read it yet).

I no longer see my God as a sexual party pooper but rather as a sexy beast who loves sex so much that he thought it up as a way for us to know Him better. . . .

The book is titled Pulling Back the Shades by Dr. Juli Slattery and Dannah Gresh. For me it didn’t have a lot to do with the Fifty Shades of Grey book series. It was, however, a voice of clarity and light ending the fifty shades of silence offered by my faith on this most important topic of sex.

You will start to hear it on the very first page.